Home » Resources » How Every London Borough got its Name

London draws in extraordinary tourism year after year and is home to around 9 million people. Many of us have visited London, either to see families and friends or just out of sheer curiosity for their weird and wonderful exhibitions but did you know that London is home to 32 boroughs?

Would you be able to name some, or could you name them all? This month, we’re going to delve into the wonderful depths these 32 boroughs have to offer. For all you need to know about London, read on.

Ever heard of the term ‘barking mad’? It refers to someone being insane, and the origin is said to have stemmed from a medieval asylum, located in Barking. This phrase was coined in the 20th Century and was not the language spoken by those from the medieval period – so the story remains in speculation.

Situated in East London, Barking and Dagenham got its name from Berecingas, an Anglo-Saxon town which means ‘the settlement of followers’ or ‘the settlement by the birch trees’. Dagenham was actually named Daeccanhaam in 666 AD – as Haam meant home, village or estate.

Chipping Barnet, also known as High Barnet, is located in North London. The word chipping represents the idea of a market, which began here towards the end of the 12th century and can still be found here today.

Barnet is another borough with Anglo-Saxon origins. The word is derived from baernet, meaning land cleared by burning. Barnet wasn’t put into place until the late 17th century – it was originally documented as Barneto back in 1070.

Before the 19th century, Bexley was firstly named ‘Bex’ and was formally documented as this in the Domesday Book. The Domesday Book was used to record all sections of England and Wales, and was finalised in 1086.

Bexley is found in south-east London and is close to the River Cray, which runs throughout the borough. The word Bexley translates as ‘pastures by the steam’, it could be argued that that’s how Bexley got its name.

Known for having the most ancient names out of all 32 boroughs, Brent was formed in 1965 and named after the river Brent. This Celtic word Brent, translates as ‘hilltop’ or ‘holy one’. Brent is situated in the north west and is an outer London borough, it is home to the Ace Cafe London, an exquisite Hindu temple, secret gardens, the Kiln theatre and more.

Derived from Bromleag which means ‘woodland clearing where broom grows’ – where evergreen shrubs grow – could be referring to when the King of Kent asked for land to develop a town, extending from the Manor of Bromleag. Bromley is now more commonly known for its famous residents including: Charles Darwin, David Bowie, Enid Blyton, Julie Andrews and H.G. Wells.

Antiquarian and historian, William Camden produced the first ever chorographical survey (mapping regions and districts) within the islands of Great Britain. This is how ‘Camden’ town came about. When William died in 1623, his property was purchased by Charles Pratt, a lawyer and politician who was later known as ‘the first Earl of Camden’, 1786.

Camden is now known for its world’s most famous markets – Camden Lock, that’s full of art, clothes, jewellery, pottery, antiques, music memorabilia and more. This is a thriving location that draws in countless tourists each year.

Originating from Anglo-Saxon Croh – also known as saffron crocus – a flowering plant, translates into ‘Saffron-Valley’. This was a place where saffron was cultivated in the Roman period and thus, named Croydon.

There are many interesting facts about Croydon: King Henry VIII had lived here, the first international airport was stationed here, dubstep was born here and many Archbishops of Canterbury have been laid to rest here.

In 700AD, Ealing was known as Gillingas and has changed numerous times over the years and the spelling of Ealing has done so, also. Ealing was mapped for the first time in the 18th century, recording mostly countryside and fields, used for farming.

Ealing is well known for its Ealing Studios in the 1950s, for comedies such as Kind Hearts and The Lavender Hill Mob. Today, it is home to a large shopping centre, bars and restaurants.

Enefelde, is known as, ‘open land’ or ‘where lambs are reared’. This area, in 1154, was a Royal hunting ground, called Enfield Chase. It was owned by Mandeville and others at a later date, and was used for a breeding ground/hunting area for wild animals. After an Act was passed in 1777, the Enfield Chase no longer existed and the area was split into several different authorities. This area was deforested and very little of the old area remains. That said, Enfield is still known for its nature and parks including, Trent Park, Myddelton House Gardens, Capel Manor Gardens, Trent Park Equestrian Centre, Broomfield Park and more.

Located right by the River Thames, Greenwich was originally recorded as Gronewic in 918, which translates as ‘green port’ or ‘settlement’. Greenwich is famous for the Cutty Sark, world-famous ship that was built in 1869 and used to transport tea from China.

These two districts merged in 1965. Hammersmith is said to have come about because the area used to be home to blacksmiths or forges, and Fulham got its name because it means land by a river bend; which is quite true to its location.

Hammersmith and Fulham are known for their professional football clubs, setting marathon standards, a high speed bump count, pottery and The Dove, being the smallest bar in England.

From the word, Haeringeshege, referring to a Saxon chief from Hornsey – Haringey came about. Haringey has achieved its Green Flag for having the most parks of any borough in London. These include:

The name derives from a Pagan worship site, Harrow-on-the-Hill. Here, non-believers of the Christian faith would gather to try and convert others into their way of thinking. Today, you will find the University of Westminster campus and incredible listed Georgian buildings here.

Once an area that belonged to royalty, Edward the Confessor. Havering is said to come from a landowner named Haefer.

This name means ‘a hill belonging to a person named Hille’. Hillingdon was established in 1965 and is home to hundreds of natural green areas and seven non-league football clubs.

Either meaning hill or slope, Hounslow is well-known for being home to the infamous band, Queen, who formed in London in 1970.

Originally named Giseldone and later on, Gislandune named after Gisla’s hill, Islington came to light in the 17th century but technically, the name is pronounced, Islingdon – retaining some of its history.

Initially named Cyninges tun, denoting the ‘the king’s property’, Kingston Upon Thames was the place where kings were crowned. Kingston is now known for ancient food markets and Henry VIII’s Hampton Court Palace.

Named after being the ‘landing place for lambs’, Lambeth is the place where lambs were transported to, and they were taken along the river thames to this destination. Lambeth is mainly a residential area and is famous for its beautiful waterfront developments.

First recordings of Lewisham were Liofshema mearc and Lievesham – referring to ‘homestead, village or town’. Lewisham is famous as the birthplace of fashion designer Alexander McQueen, actress Grace Kelly, singer Kate Bush and many more!

Previously known as Morden meaning ‘farmstead by the lake’, it was later named Merton. This borough has five main towns close by including Wimbledone, Mitchem, Morden, Raynes Park and Colliers Wood. Merton brings in countless tennis fans each year, due to the world-famous Wimbledon Championships.

Newham gets its name from a linguistic merge of Essex county boroughs West and East Ham. Newham is known for its famous sons Danny Dyer, Idris Elba and many more.

Named after a distinct 17th century red-brick bridge that was situated over the River Roding, it was named this because all of the other bridges were typically white, so this stood out. This red bridge is no longer standing; it was demolished in 1921.

Henry VIII built Richmond palace in 1501 and the boroughs original name, Shene was replaced with Richmond. There are many things you can do in Richmond Upon Thames, with plenty of yearly events taking place, you can be really spoilt for choice.

Royal Borough of Kensington and Chelsea

Deriving from ‘landing place’, this borough was originally known as Chelchehithe. Royal Borough of Kensington and Chelsea is home to the massive department store, Harrods, the famous and competitive flower show, and the Notting Hill Carnival.

Suthriganaweorc was Southwark’s original name, meaning ‘fort of the men of Surrey’. In Southwark you can find many markets, enjoy the view from The Shard, visit Shakespeare’s Globe Theatre, Tate Modern and plentiful other things.

In the Domesday Book, Sutton was named Sudtone meaning ‘south farm’. Sutton is known for Cheam Park, Whitehall Museum and the Secombe Theatre.

Dating back to the 16th century, Tower Hamlets refers to the villages nearby the Tower of London. In Tower Hamlets you can find Wilton’s Music Hall, the lighthouse at Trinity Buoy Wharf and Ragged School Museum. 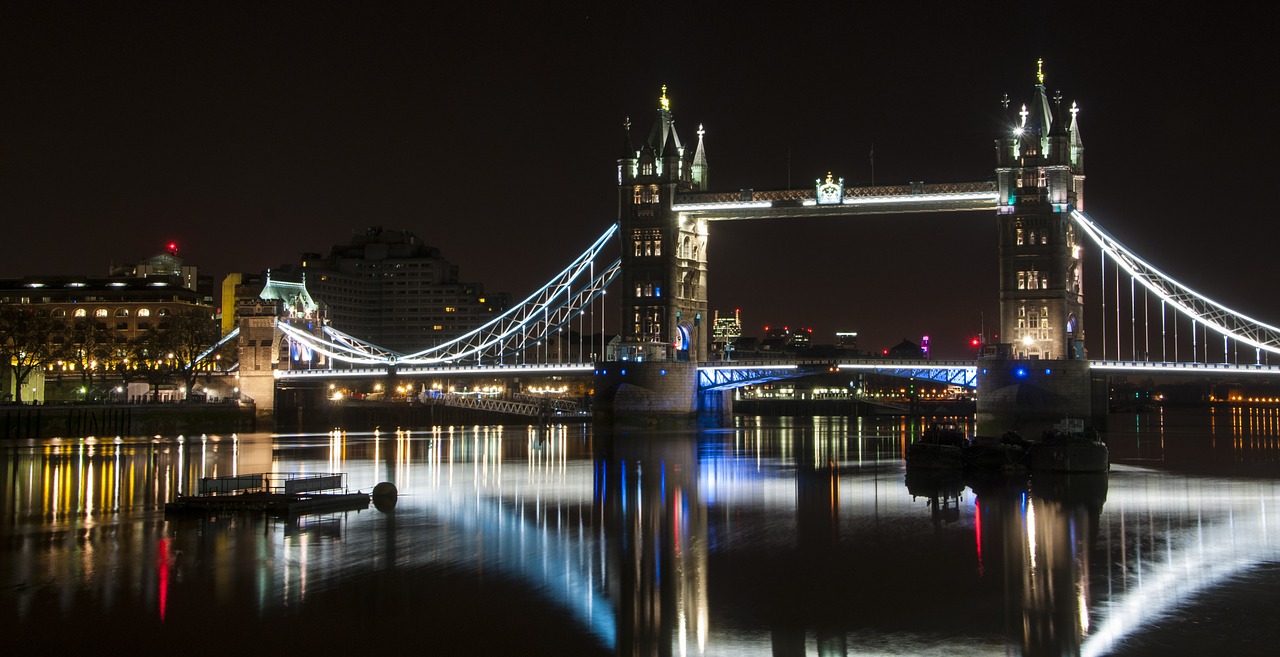 Also known as Epping Forest, Waltham Forest was first named after Henry II in the 12th century. In this forest, deer would be preserved and saved for the royal hunts to take place. In Waltham Forest, you can find the William Morris Gallery, Feel Good Centres, Walthamstow Pumphouse Museum and more.

The heart of the capital, Westminster got its name from the abbey church – this name refers to its geographical location, rather than a description of what it was typically known for. Westminster is best known for Buckingham Palace and the Houses of Parliament.

Want to know the areas 1st Call Drain Clearance and Technical Services cover in London – see for yourself! We are open 24/7 and our prices are typically up to 30% lower than our Central London competitors. For fast responses and a job well done, get in touch today – we’ll get you scheduled in.